Unlike 2.4GHz bands, there are no overlapping channels in this range, like it was 1, 2 and 3 channels. For example, within the context of U-NII-1 (see List of WLAN channels) the only channels 36, 40, 44 and 48 can be selected, by default each of them occupies 20MHz and nominally not intercept neighboring channels. The channel bonding procedure can be used for increasing throughput that allows to expand the bandwidth up to 40, 80 and 160 MHz due to aggregation of neighboring channels. In this scheme, one of the channels begins to perform the function of the control channel (primary) and the rest will act as the secondary channels. It should be noted that in generally recognized standards the channels corresponding to wider bands are indicated as the arithmetic mean of the connected channels 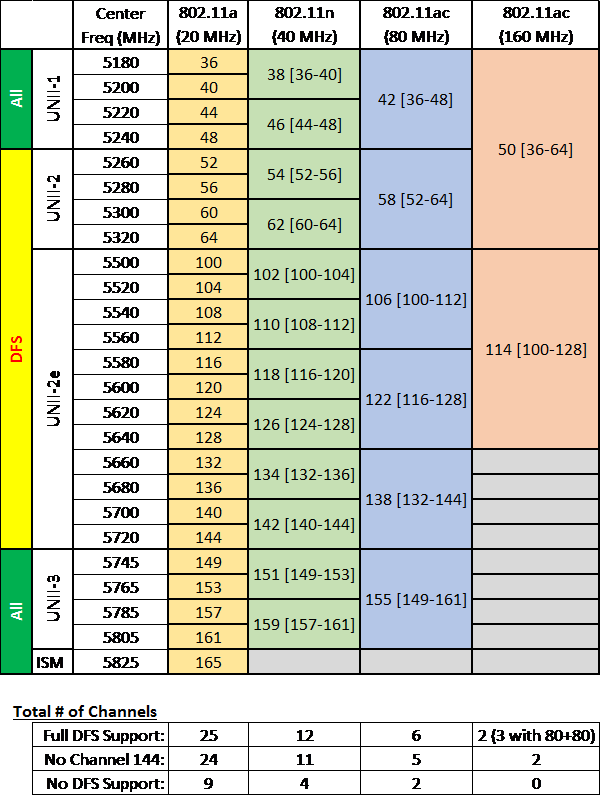 The table of channels in 5GHz range

However, the scanning will show only the primary channel.

The illustration of the scanned 5GHz channels

To overcome this inconsistency, we prepared a compliance table between the actual and standardized channels for different bandwidths.

U-NII-2A and U-NII-2C frequency subbands are used as ranges for DFS (Dynamic Frequency Selection) channels in most countries. This means that Wi-Fi devices should dynamically change channels in case of radar impact. Both AP and STA should support this feature. Advantage: increasing the number of non-overlapping channels that decreases CCI (Co-channel interference). Disadvantage: Wi-Fi devices should not interfere with radars that means long scanning and roaming. Moreover, some vendors do not allow you to use this spectrum “out of the box”!

It should also be mentioned that the nominal characteristics of non-overlapping channels can be violated by spectral leakage between neighboring channels, therefore, this condition must be taken into consideration when ranking devices in frequencies.

Based on theoretical assumptions and experimental data provided in:

and shown in the picture results: 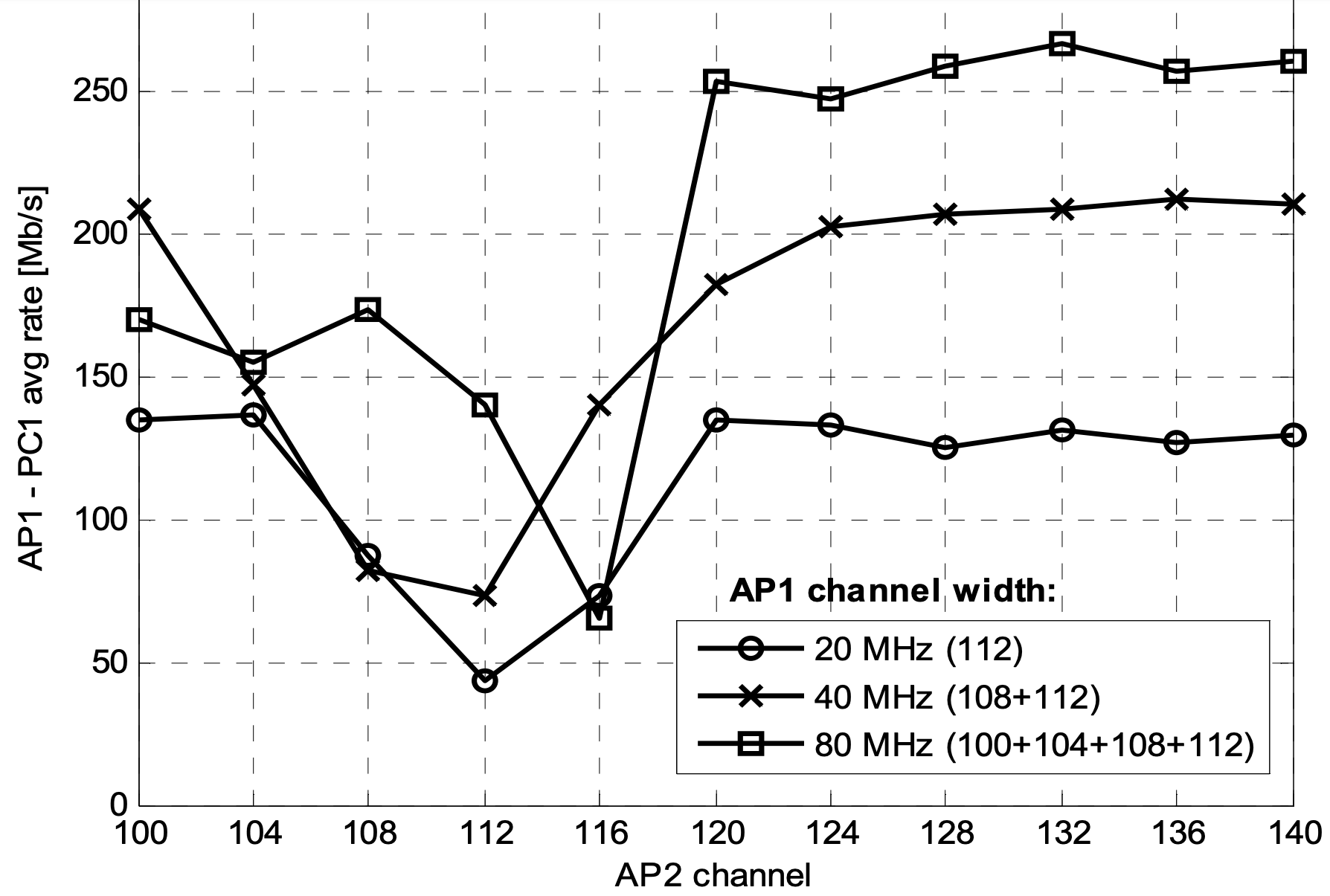 The following method for interference definition was approved: