The recent studies carried out by a number of manufacturers of Wi-Fi devices have identified as a competitive advantage the device support for the 5 GHz network. But why is this network better than the 2.4 GHz network, in which many modern routers operate? We shall try to look into the matter.

The standard, known as IEEE 802.11n, was introduced to the world for the first time in far 2009. It allowed routers to use a 5 or 2.4 GHz network to transmit Wi-Fi signals. This was done to ensure that routers run smoothly in the environment with extensive interference, since the router may be near a cordless phone or have interference from a large number of Bluetooth devices that occupied the band and emitting signals. There can be a lot of such reasons that make using a router in the old range extremely inconvenient.

In all these cases, when you are using Wi-Fi to access the Internet, there will be a significant slowdown in speed. Especially during the simultaneous operation of all wireless devices. But we have nothing to do when there is no other choice except for to place your router next to another device. After all, in this case, the speed of your Internet will slow down significantly. The only way out of this situation is a router with a 5 GHz range.

The fact that 5 GHz networks are less congested is not the only advantage. The Internet connection will also become more stable and the number of outages will decrease. However, there are also some disadvantages too. Due to its insignificant use at this moment, the price for access points in the 5 GHz range is dramatically higher than the analogs in 2.4 GHz network. For many people, this is a significant disadvantage of this technology.

Moreover, since high-frequency radio signals in the new band are heavily affected by obstacles such as tall trees or dense foliage, a line of sight to the source will be required for smooth operation. The main disadvantage is the shorter range of the wireless network compared to the 2.4 GHz band. Plus, not all, already released devices support the 5 GHz band.

Sometimes the speed can drop even in 5 GHz. But despite this, the speed in the 5 GHz band is still noticeably higher compared to 2.4 GHz. When the receiving devices are moved farther from the router, the signal level in the 5 GHz band drops significantly, but compared to the 2.4 GHz network, the average speed for subscribers remains exactly higher.

Moreover, besides improvements in PHY (e.g. 1024-QAM) or in multiple access (OFDMA as the additional kind of multiuser, APs still share environment based on CSMA/CA) there are important changes in network planning in 802.11ax - coloring. Coloring means additional parameter (integer and second NAV) to distinguish native and neighboring BSS at the same channel that reduces Co-channel interference (CCI). 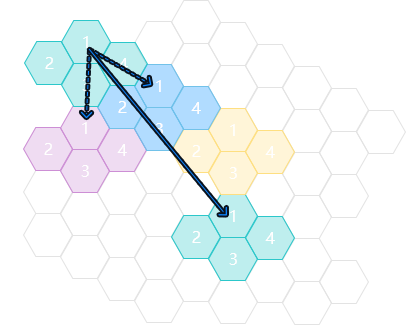 What conclusions can be made by looking at the obtained results?

Refuting the skeptical theorists who have argued that the speed will not increase significantly in a real test environment, the research has shown that:

Therefore, according to the current situation and with an eye to the future, we still recommend choosing equipment with support for two bands. Even if you don't plan to move to the 802.11ax standard and use 5 GHz now.